HOW TO DRAW A ZOMBIE

In anticipation of the imminent release of my third picture-book "Första Odjursboken" (My First Book of Beasts) I thought a recap of what preceded it might be in order. I´d also like to share a little of my process when making these illustrations.

The first book in this series was "Första Monsterboken" (My First Book of Monsters) which was published a year ago.

I wanted to do a picture book for toddlers - a classic "look at the cat/cow/sun/car/whatever"-book, but with a slightly darker, humorous tone, presenting classic movie monsters instead. The idea was that a one year old would find a cartoony vampire just as interesting as a picture of a teddy bear and it´s probably a heck of a lot more fun to look at for the grownup.

I also wrote some silly rhymes to go along with the monsters just for fun which turned out to be unexpectedly appreciated, though some critics found them rather beyond the grasp of an average toddler (which indeed was correct and sort of the point - they were meant for the adult reader).

As this is a Swedish book the rhymes are in the Swedish language. I won´t even try to translate them... 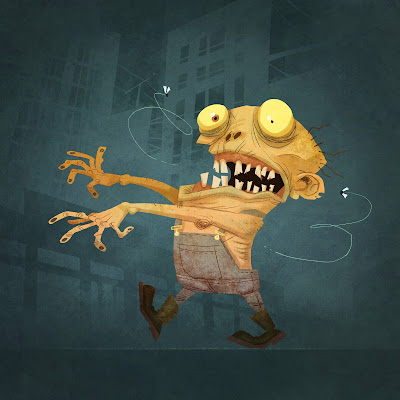 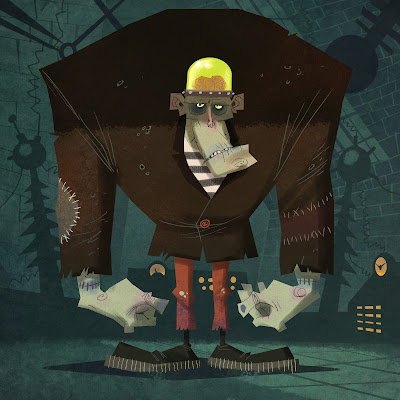 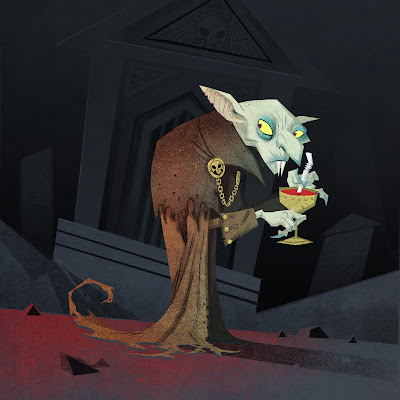 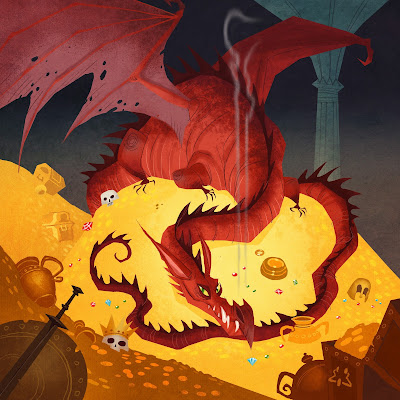 
The first book turned out to be quite popular, and most of all I had a blast making it, so we - that is my publisher and I - decided to make another one.

As a long time amateur palaeontologist I suggested Dinosaurs. My publisher excalimed "capital idea old sport!" (or something to that effect) and half a year later "Första Dinosaurieboken" (My First Book of Dinosaurs) was published.

I tried to stay somewhat off the beaten track and introduce the children and their parents to slightly different dinos than the ever present Tyrannosaurs, Stegosaurs and Triceratopses. 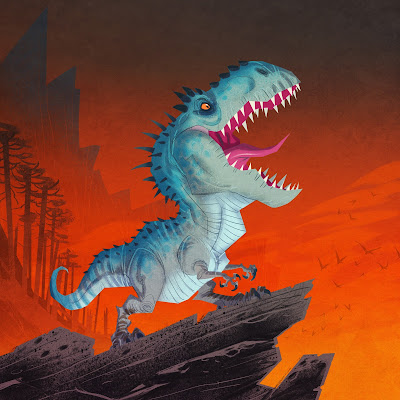 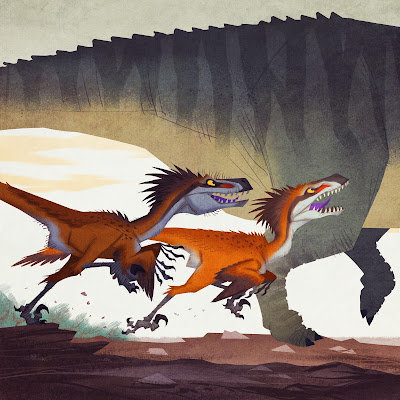 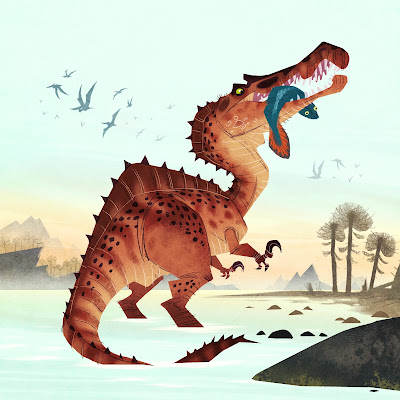 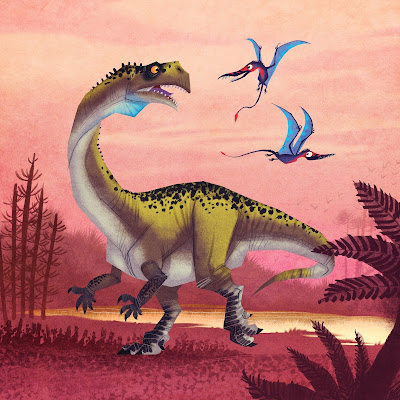 
So that´s two books down, one to soon be released and I´m just about to start drawing the fourth one. I´ll keep making these as long as they let me - it´s just so much fun!

Now I´d like to leave you with a look behind the scenes. Here´s a quick tutorial on how I make these pictures: 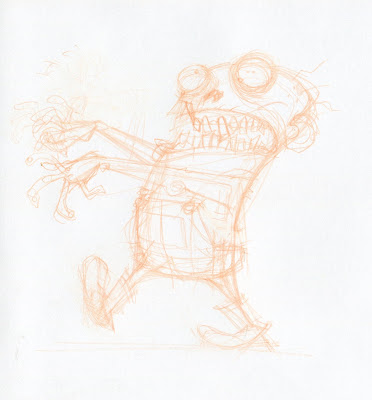 SKETCH
I start with a quick sketch of the monster on normal A4 copy paper (I personally prefer the slightly heavier 120 g paper). I then scan this loose drawing into my computer. 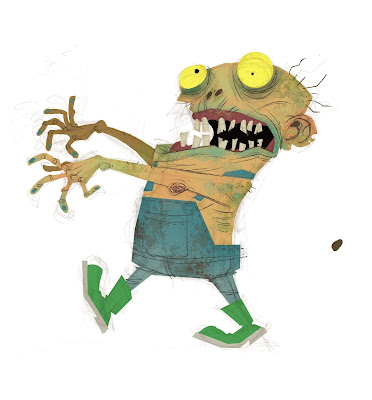 I then colour the zombie in photoshop. The actual pencil sketch won´t be seen in the final image but I try to stay true to the spontaneity of the loose lines in the preliminary drawing when I do the lineart. I also choose brushes with a little texture to create "nerve" in the lines. 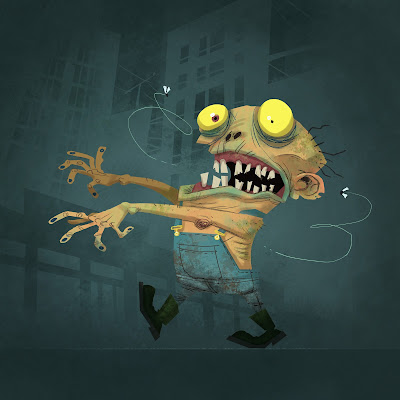 After this I lift the zombie drawing onto a canvas with the same dimensions as the book plus margins. I add shadows, background and tweak the proportions of the character.

In the final stage I add texture and colour correction layers to make the image feel less "computery" and make the image pop. Then it´s time for coffee!

So, there you have it. 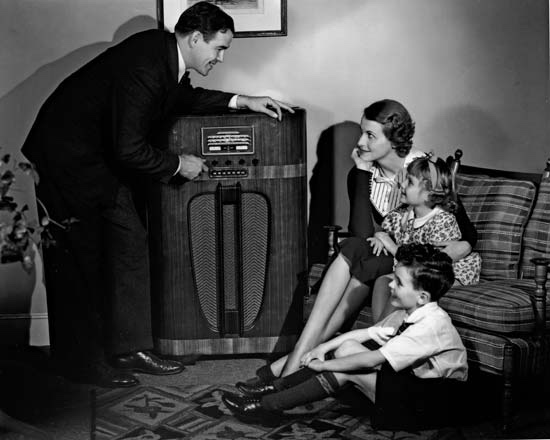 SF-Bokhandeln / The Stockholm Science Fiction Bookstore has their own pod radio and in the latest episode they, among other things of interest, talk to me about trolls. If you manage to make out my mumblings through the technical diffilculties ( there was some problems with the mike ) it's actually quite a funny interview:

Listen to the entire show here:

I'm on at about the half-hour mark. This post is completely pointless for anyone who doesn't speak Swedish.
Posted by J.E. at 22:28 1 comment:

Email ThisBlogThis!Share to TwitterShare to FacebookShare to Pinterest
Labels: Interviews 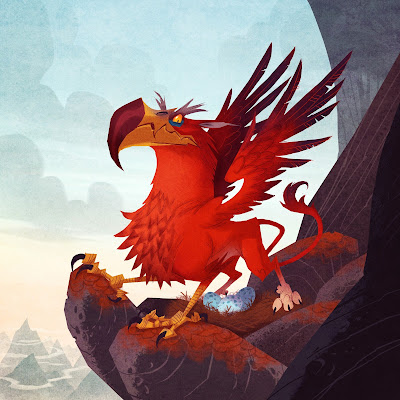 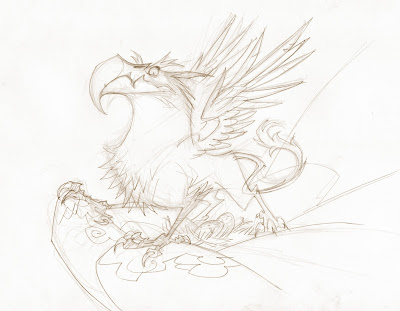 In a few weeks my third picture book for young children "Första Odjursboken" comes out in stores (loosely translated: My First Book of Beasts).

Like the two previous ones it´s all about monsters - but this time around the focus is on medieval heraldic beasts such as griffins and basilisks. At some point even toddlers are bound to get bored by books about cats and cows, right?

I´m just having so much fun with this series and I´m already planning the fourth instalment... 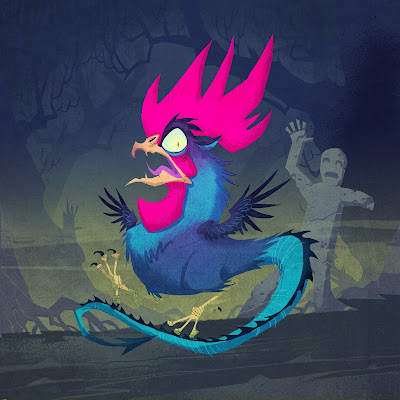 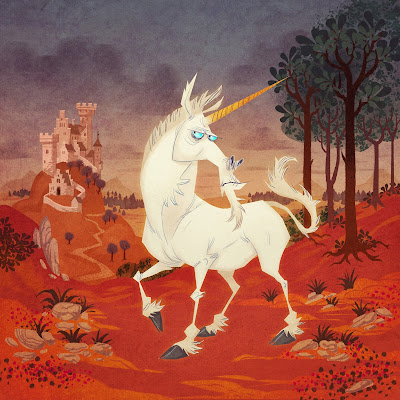 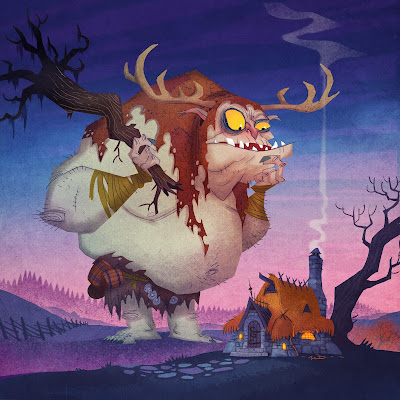 LET´S GET THIS SHOW ON THE ROAD

Hello and welcome to my new blog.

For starters how about some images from my upcoming book Nordiska Gudar / Norse Gods: 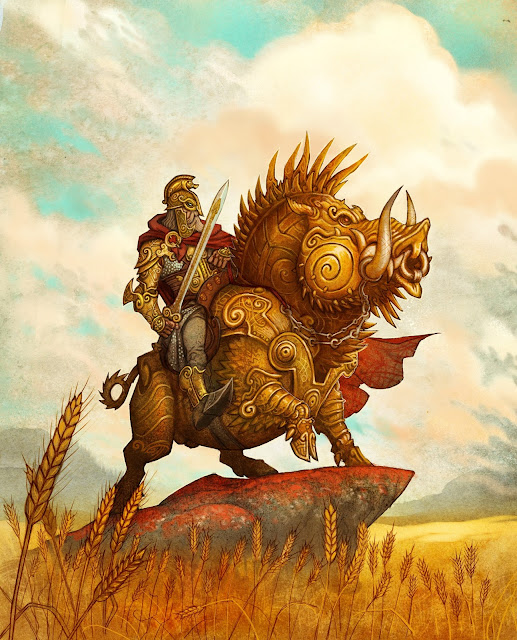 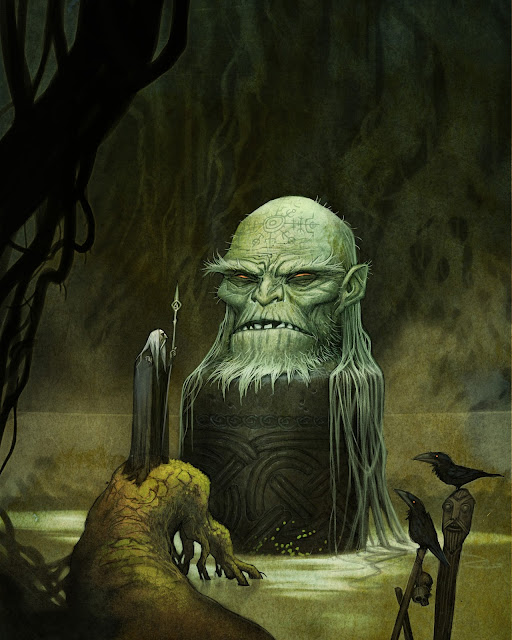